Show all 7 days away 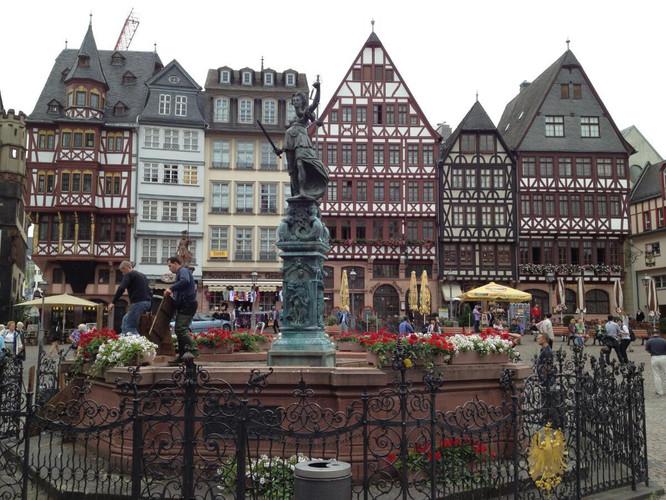 In early August, we set out from San Francisco, flew to Frankfurt, stayed at the nearby "Romantic Road" for a few days, and then transferred to Istanbul“ "Romantic Road" is one of the most famous tourist routes in Germany, with a total length of 366 km from Wurzburg to Fussen, passing through more than a dozen European medieval architectural towns and castles. Due to the good road conditions in Germany, we choose to take a self driving tour to share with you

Wurzburg, located on the main river in Bavaria, is 120 km away from Frankfurt Airport. It is an ancient Bishop's city with many places of interest and the whole city is full of Baroque style. Residenz and festung   Marienberg is a local landmark that you can't miss. This is a panoramic view of Fort malinberg.

The Bishop's palace has now been listed as a world cultural heritage. Based on the palace of Versailles, it was built between 1720 and 1744. It is a baroque masterpiece in southern Germany and one of the best palaces in Europe. Fort malinberg is a model of medieval castles. It was built around 1000 BC. It was originally a Renaissance palace and later changed into a baroque fortress. In addition, the local wine, when dining, might as well order a bottle of bocksbeutel taste

It's very convenient to go from vilzburg to dalotenburg in half an hour. A friend recommended a reservation for burg   Hotel,   However, due to the hotel's mistake, we failed to stay in the hotel as scheduled. However, we were accidentally invited to stay in the wine owner's house, a villa with rural flavor. The boss is a 70 or 80 year old man living alone. He takes good care of the hotel affairs at 7:00 p.m. and 10:00 p.m. every day. His hard work is really admirable!

Rothenberg is the best preserved medieval town in Germany, located in the upper reaches of the Tauber river.

Walking in the streets of the ancient city, square, tower, church, city gate, where you can see are historical sites, people have the illusion of time back. If you like Christmas ornaments, you can visit the Christmas village of Kate Wolfart  ( Kathe   Wohlfahrt   Weihnachtsdorf)  ， There is the largest year-round Christmas shop in Europe.

Located at the foot of Alps 100 km southwest of Munich, 246km away from rottenburg, fissen is the southern end of the Romantic Road and the best place to visit Neuschwanstein and Hohenschwangau.

When it comes to Neuschwanstein, we must mention his master, Ludwig II. In 1864, he became king of Bavaria at the age of 18, and was forced to submit to the Prussians two years later. Perhaps frustrated, he indulged in the construction of a castle escaping from reality, a large number of elements of waltburg and Wagner opera, the whole building is full of dreamy color. He did not hesitate to borrow money from the state treasury, was suspected of mental problems and was placed under house arrest until he was strangely drowned in the lake in 1886

The old and new Swan fortresses face each other across the mountain,   It was built in the 12th century. At first, it was owned by the Knights. With the death of the knights, the castle became ruins. Because of its excellent geographical location, the father of King Dmitry II bought it and renovated it, making it the place where Ludwig II spent most of his childhood and life. Although the bright yellow appearance of the Old Swan Castle is not as good as that of the new Swan Castle, its rich collection and cultural relics make it look more real.

This day's journey is very easy, as a self driving tour of the rest is just right. It's easy and comfortable to take a boat tour of Fugen lake. From the boat, you can enjoy the green mountains and deep valleys of the Alps, new Swan Castle and the small town of feisen.

The geographical location is very good, there are no other characteristics.

Heidelberg was the last stop of our main German scenic spots. Then we went back to Frankfurt and transferred to Turkey to continue our Mediterranean tour.

Heidelberg is 80 kilometers south of Frankford. It is one of the most beautiful cities in Germany. It is full of poetry and painting. Heidelberg's city symbol is an old reddish brown castle. The castle is located on the throne hill on the Bank of the Neka river. It is the site of the palace of the elector. Part of it has been restored, but most of it is still broken, but it does not lose the dignity of the king.

The ancient Heidelberg bridge is also a reddish brown stone bridge. Standing on the bridge, you can see the beautiful forests, river valleys, old city buildings with white walls and red tiles, and the castle on the hill. No wonder the poet Goethe calls it the "heart stealing" city. Heidelberg is the last stop of our main scenic spots in Germany, and then we return to Frankfurt, transfer to Turkey, and continue to the Mediterranean 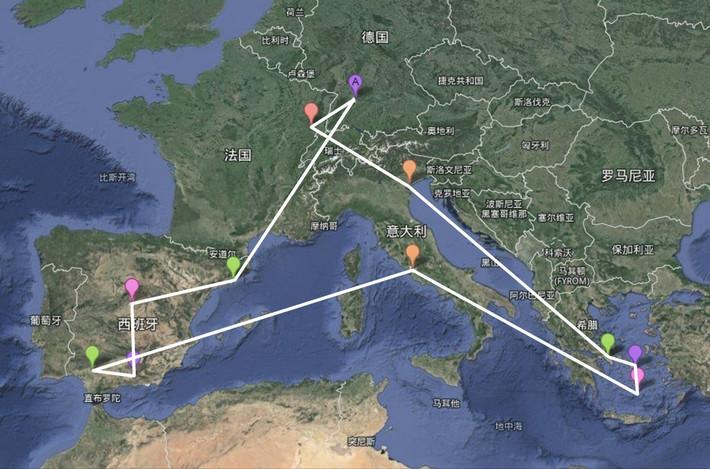 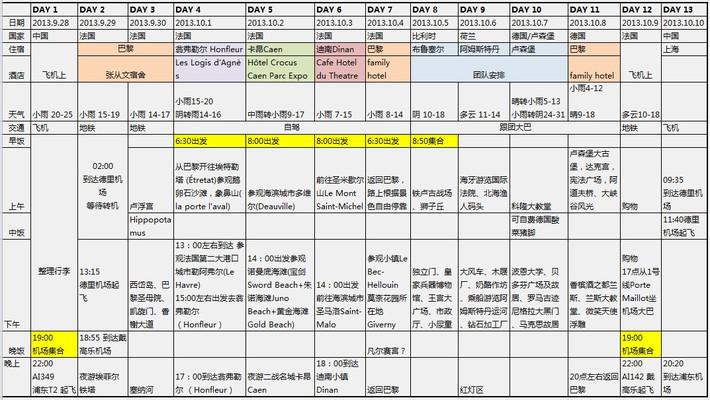